Karen Flotte and Wendy Bell are very involved at the Central Reform Congregation, but their role as “co-garden goddesses” is what they are best known for.

CRC is one of the largest public green spaces in the area, but growing food wasn’t part of the garden until Wendy installed vegetable beds in 2016.  However, Wendy credits Karen joining her gardening efforts in 2017 as when “the magic happened”. 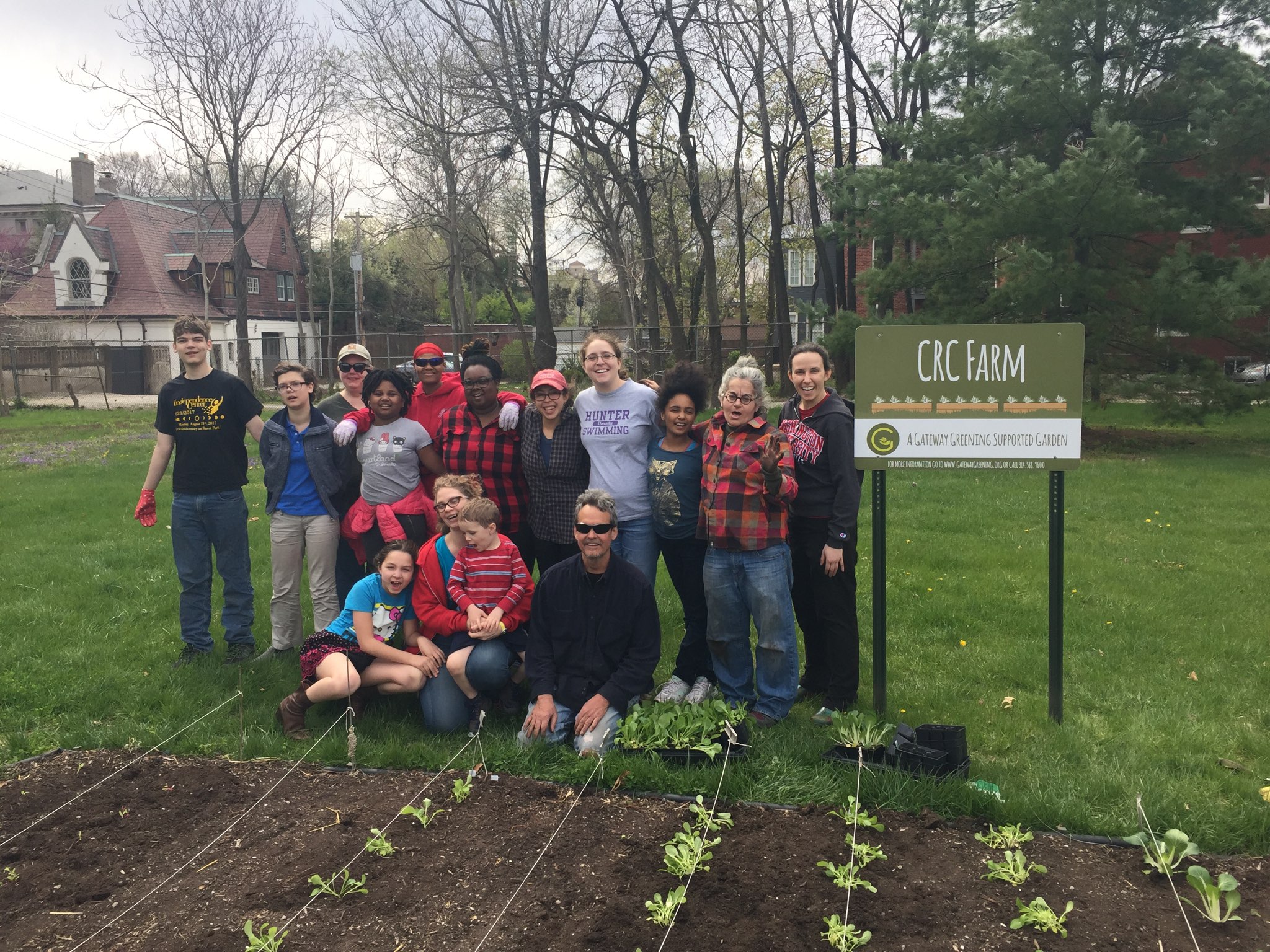 Together, the two of them created a plan to grow produce at the CRC garden solely to donate to local families in need.  They recruited a team of volunteers and during that first year, grew 80 lbs. of produce. In the last two years, that number has increased exponentially, but 100% of their produce is still donated. (Karen is known for her unwavering stance that their produce is for people in need, not for the congregants!)

Something unique about CRC is the story of their orchard planting.  In 2017, CRC (along with many Jewish communities) was experiencing safety concerns and for security reasons, they decided to remove the bamboo wall near their entrance that blocked visibility towards the street.  In its place, they planted an orchard of apple and pear trees from the Gateway Greening Giving Grove Community Orchard Program.  Jewish tradition views Saturdays as a day of worship and rest, but on this particular Saturday morning, the rabbi at CRC encouraged the gardeners to plant and said they were “praying with their hands and feet.”  There was a morning prayer at the orchard for everyone in the congregation to participate in.

In addition to the install, Wendy and Karen attended an orchard pruning workshop with Gateway Greening where they learned that gardeners should not harvest fruit from their trees for the first 3-4 years.  Waiting to harvest allows the tree to grow branches and roots before bearing fruit and harvesting too early can stunt a tree’s growth. This information was particularly significant for Wendy and Karen because it coincides with the teachings of Tu Bishvat, the new year for the trees. 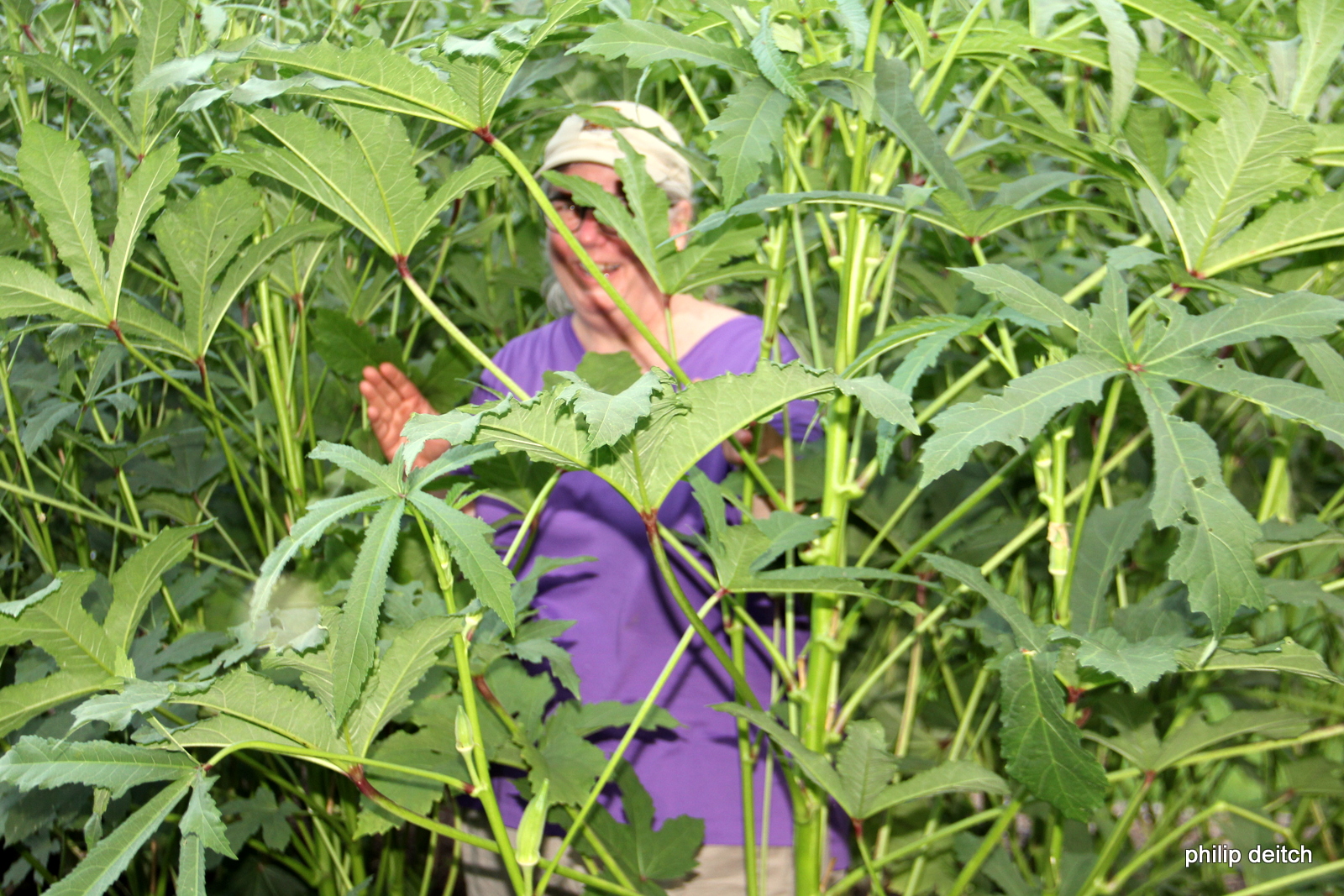 According to Tu Bishvat, fruit from trees may not be eaten during the first three years and the fruit of the fourth year was to be offered to the priests in the Temple as a gift of gratitude.  It wasn’t until the fifth year (and subsequent years) that the fruit was finally for the farmer. Seeing this connection and having the congregation embrace the orchard was a special moment for Karen and Wendy.

An exciting, new project for the pair is to utilize a donated fridge and invite home gardeners at CRC to bring their excess produce to be donated.  (Produce from Gateway Greening’s Demonstration Garden will be dropped off at CRC, too!)  While the CRC garden prides itself on donating produce to those in need, Wendy and Karen acknowledge that they’ve overlooked that are also families in need within the congregation.  To fill that void, they’re adding two new “gleaning” beds that will be open to congregants in need.

Knowing that they can’t lead the garden forever, Wendy and Karen are currently developing a committee of young congregants to build longevity for the garden and identify the future leaders. 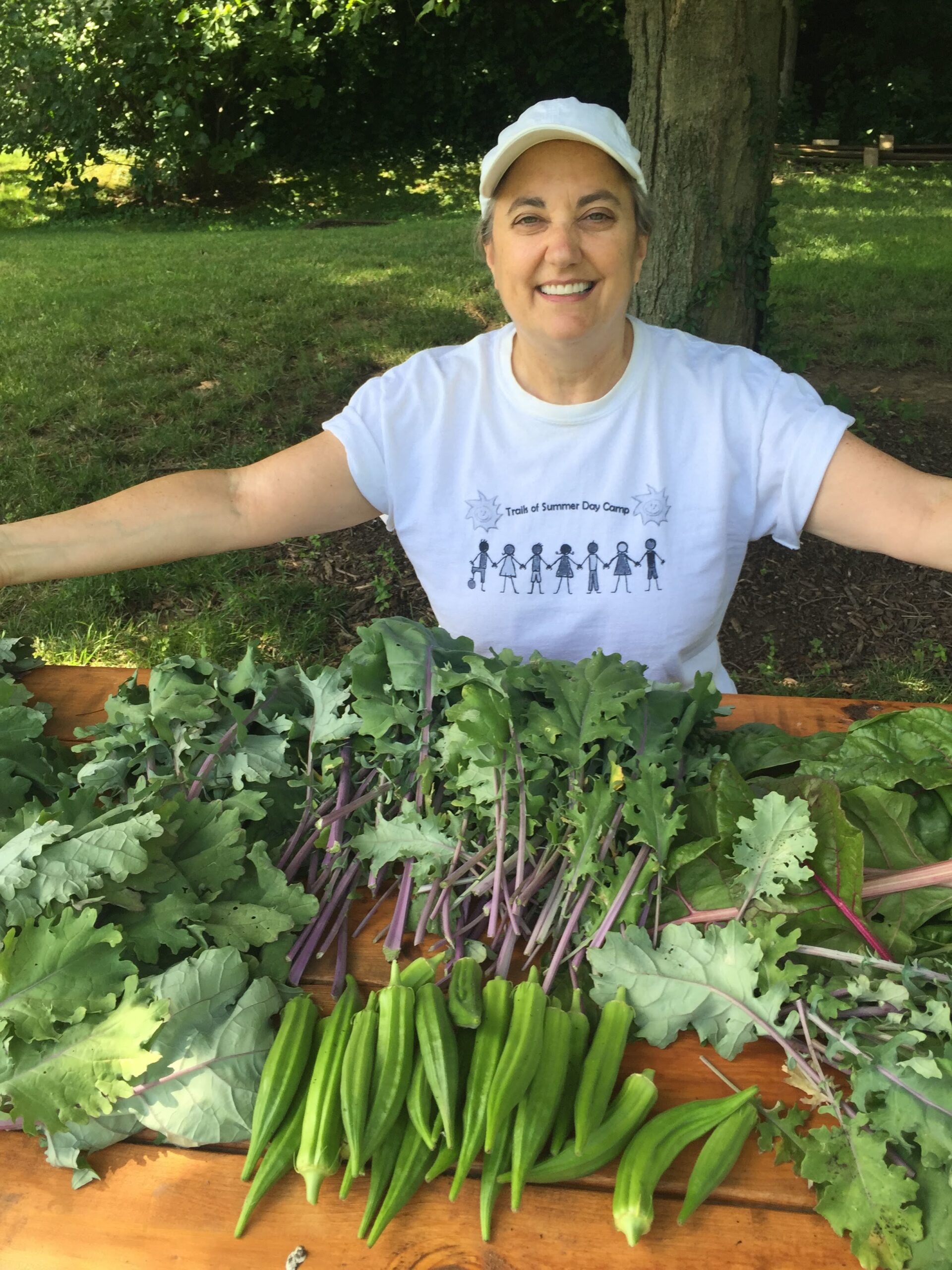 Each person in the committee is responsible for a specific area of the garden, like compost or pest management. In addition, Wendy and Karen are working outside CRC with other Jewish congregations in the area to promote their garden model and strategies.  Their goal is to reach all congregations in St. Louis!

Wendy and Karen credit much of their success to the collaboration between the two of them.  Though they come from different backgrounds and have contrasting personalities, they find a commonality in the garden and making a difference in their community.  Wendy notes that her proudest moment in the garden was meeting and teaming up with Karen. She says, “There is no ego (between us), we have mutual respect for each other. It’s all about the garden!”

Their advice for other gardeners is to build relationships first and be okay with starting small.  Growing your garden will be a process but it’s important to have a foundation of trust amongst the gardeners.  They engage their own community by constantly talking about the garden and they believe that “if you build it, they will come”.