With fall approaching faster than a speeding squirrel, Clay 1st graders explored the trees, vegetables, flowers, and grasses at Clay Elementary that are going to seed in our garden this week. The class remembered many facts about seeds from garden class last year. One student raised her hand and said solemnly, “You only get one chance to plant them. If you don’t take care of them and they die, it doesn’t come back.” Other students talked about the tiny leaves (cotyledons!) hidden inside the seeds that pop up when you plant them. After asking them where seeds can be found (one student, straining to reach into his memory for several minutes, finally burst out, “KIWIS HAVE SEEDS!”), we determined that seeds can be found inside fruits, and that not all of those fruits are ones people can eat.
Then we sent them out on their own to fill up plastic cups with all the different kinds of seeds they could find. The first place they wanted to look was in the dirt. They ran to the dirt pile and started looking for seeds already in the ground, with no success. We had to show everyone how to shake seeds out of coneflower heads, and scramble into the woods to find acorns. We squeezed honeysuckle berries and pokeberries to see if there were seeds inside. As you can see, we ended up with quite a haul: 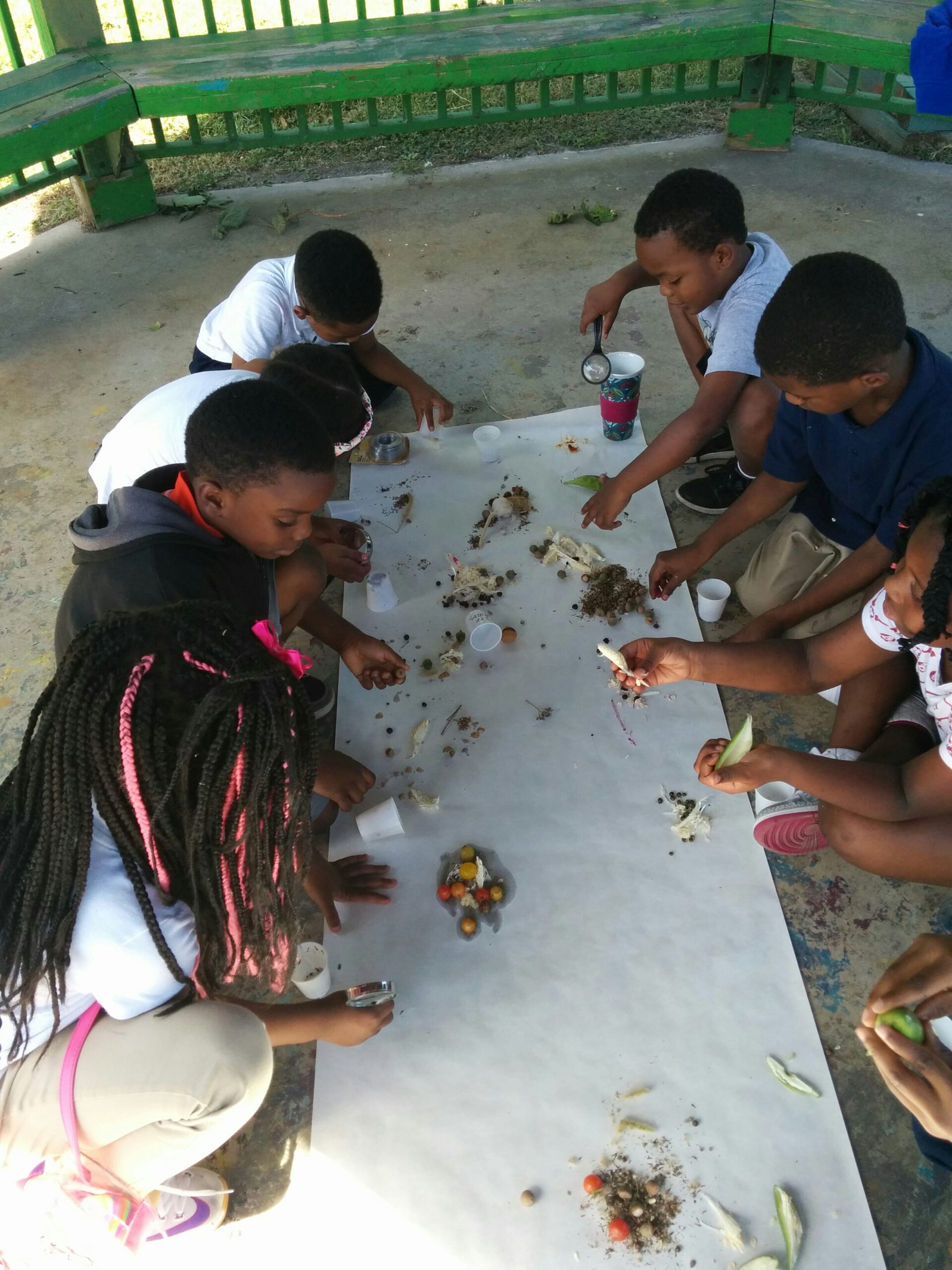 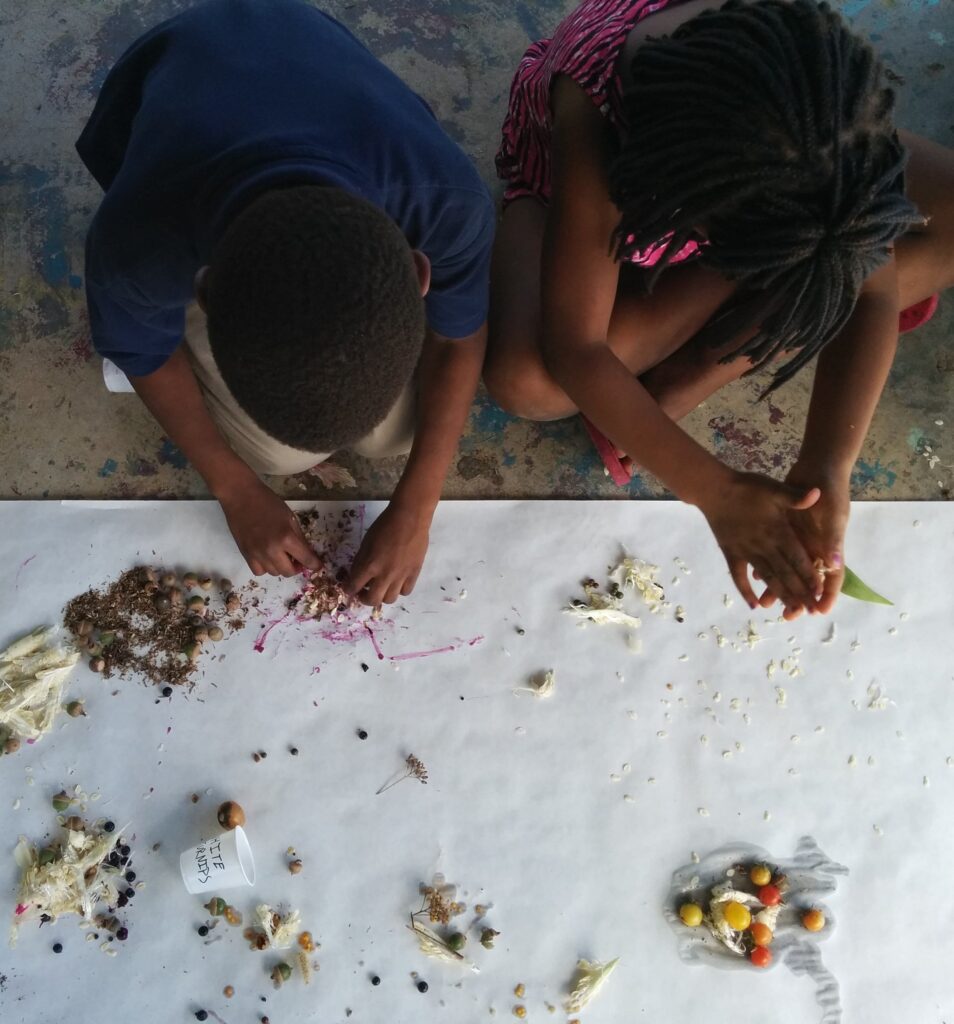 As the students lined up to go back inside, they did something they wouldn’t have known to do an hour before. Passing by some dried up flower heads, they absent-mindedly shook them into their hands and pocketed the seeds. I felt a rush of pride, watching the ancient knowledge of seed saving trickle into the consciousness of a new generation.