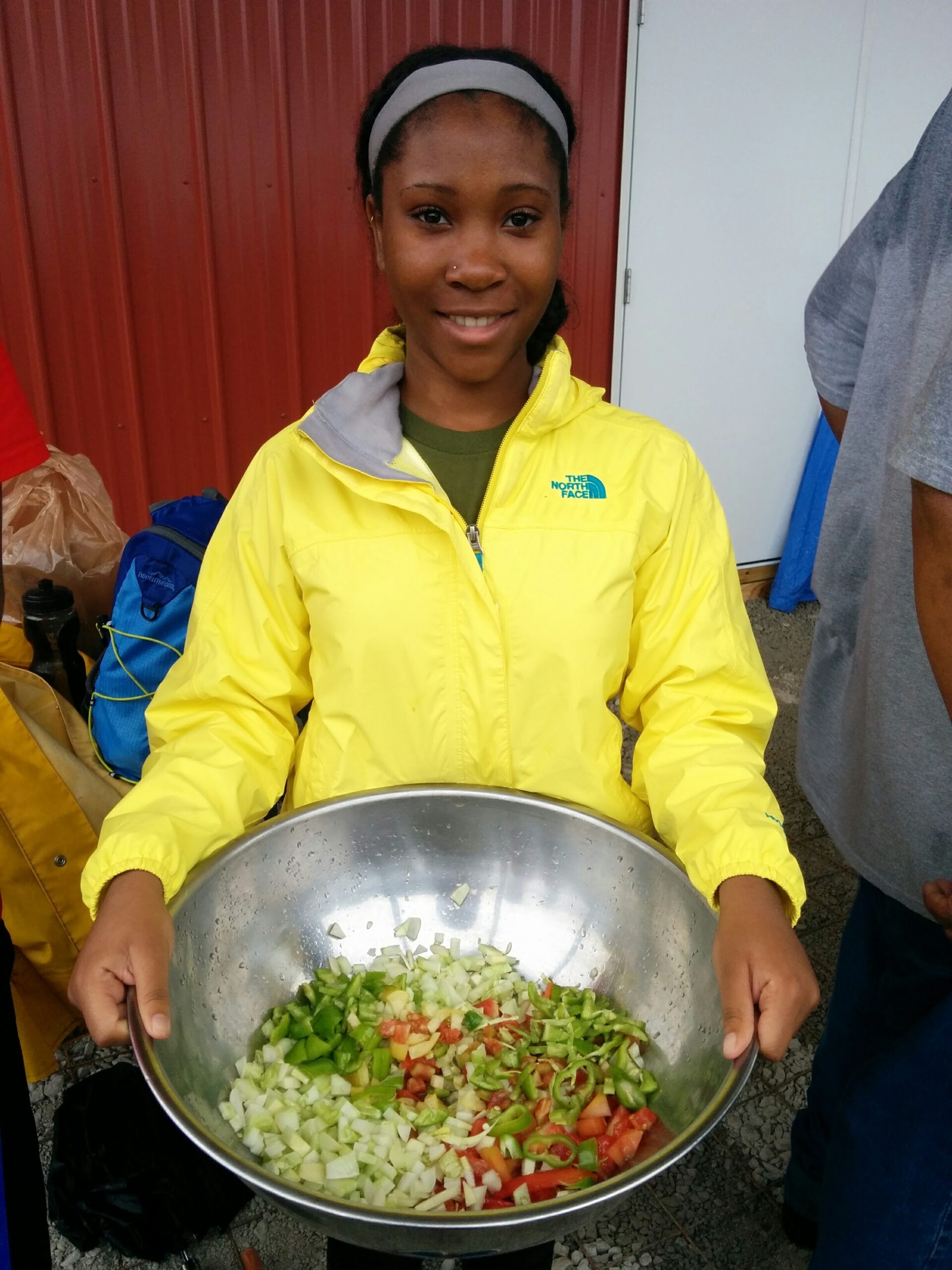 “My name is Kierra Graves, and I am a member of the 2016 Dig It crew. I am a rising senior of MICDS. Before beginning the Dig It program I assumed that I would be planting flowers and digging up dirt around the city. I had been referred to this job by a co-worker’s family member so I didn’t know much about what Dig It did in general. I also had some anxiety about having to work in the heat and being the “new girl” because I came later than most of the crew.

After my first day on the farm I realized this program was much more than planting flowers for a check. I quickly discovered that the crewmembers interacted more like siblings or cousins rather than co-workers. Although I had jobs where people were close I [had] never seen everyone get along so well. Also, I realized that every workshop, field trip, and task was personally helpful to me because everything I was learning could be applied to and improve the quality of my life.

The last full week of the program proved to be the most important week for me. My biggest take away from the Dig It program 2016 is appreciating my ability to make a change and having joy in doing so.

On the last Friday, as I was washing harvest crates, I really began to appreciate the work we all did here. Watching the food being packed and put into the truck made the fact that we did [the] work to feed real people. I gained so much satisfaction knowing what I was doing had a purpose. It never hit me until then that the work I put in, that we put in impacted the lives of so many people. All in all, you never know how much your actions could bless others, whether you see it or not.”

2016 saw the expansion of Dig It STL from a summer teen employment opportunity into a year round program! Dig It STL’s expansion has been partially funded through a multi-year grant, but we need your help to fill the gap! Please consider helping us reach our goal of $5,000 by giving a gift during this #GivingTuesday. Make a difference in the life of a St. Louis teen! #GivingTuesday