We are into tomato season! If you have noticed some of your tomatoes developing a brown or black spot on them it could be blossom end rot. This rot is mostly seen in tomatoes but it can also affect cucumbers, melons, squash, and peppers. Luckily, blossom end rot is not a fungus! Instead, it is a structural deficiency caused by inadequate calcium when the tomato is forming. This structural deficiency may provide an entry point for other diseases but even without a fungus, the bottom will be sunken, water-soaked, and maybe black or brown and leathery. Some varieties are more prone to it than others – elongated and pear-shaped sauce tomatoes are the most susceptible. 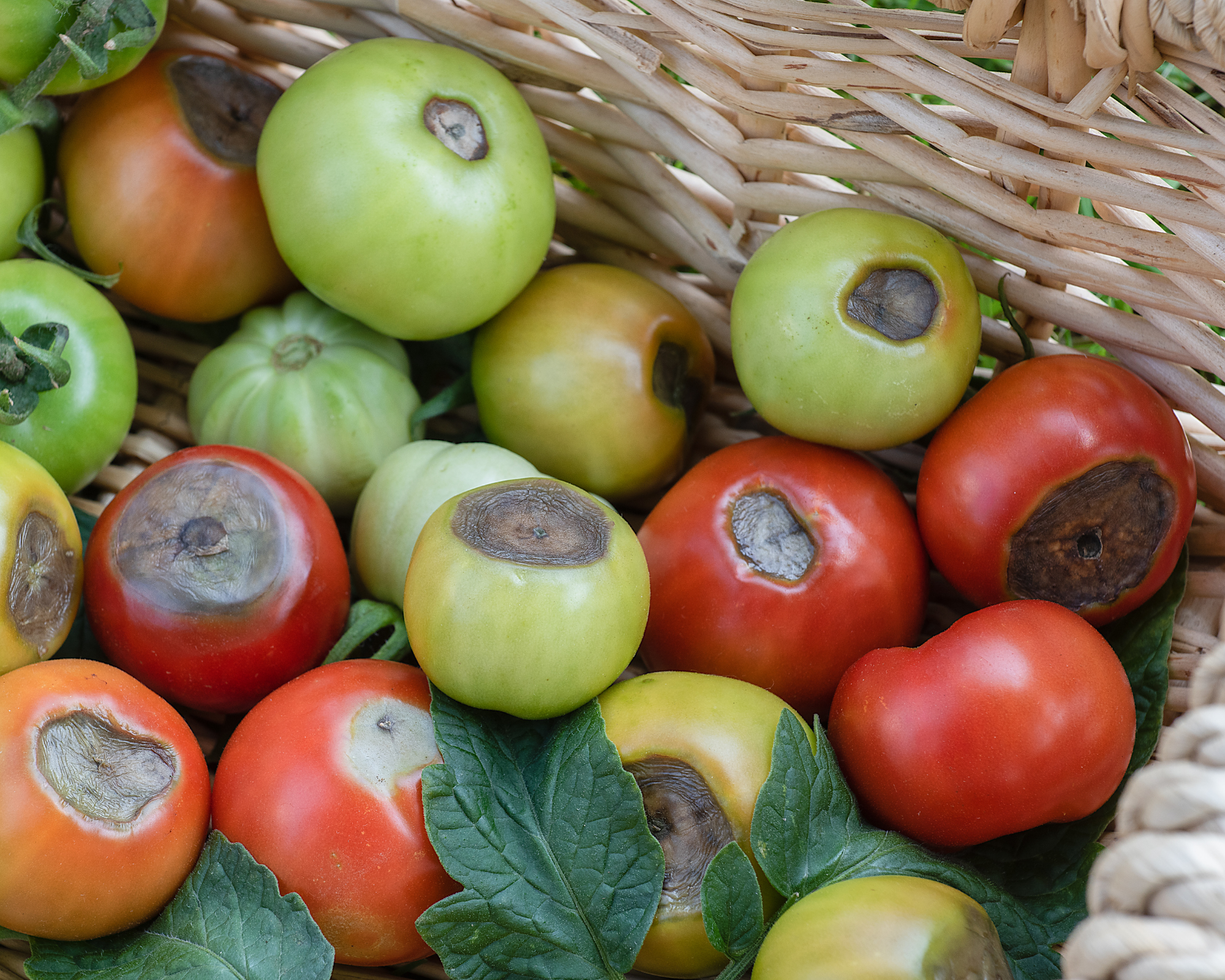 In some areas, blossom end rot occurs simply because there is not enough calcium in the soil. This isn’t usually the case in St. Louis because our soil’s parent material is limestone, which is composed primarily of calcium carbonate (CaCO3). So, adding calcium, as you might assume, may not fix the problem.

If a lack of calcium is not the problem it could be too much moisture when the tomato fruit was forming followed by a significant dry period for the tomatoes. This uneven soil moisture makes the abundant calcium in the soil unavailable to the plant. The solution is two-fold.

First, mulch the soil with 2-3 inches of compost or leaf mulch. This evens out and maintains soil moisture as the mercury climbs. It also suppresses weeds and improves soil structure and health. Second, check soil moisture before watering. Insert your finger 2″ deep into the soil. If it is moist, hold off another day or so. If it is dry or nearly dry, water deeply.

Another potential cause is that the plant is growing too vigorously and the plant couldn’t keep up with its calcium uptake. This vigorous growth is caused by excessive nitrogen. If you are fertilizing your tomatoes, make sure that you are using an OMRI-certified fertilizer lower in nitrogen, lower the dose, and/or fertilize it less frequently. However, regular application of healthy compost, crop rotation, and planting cover crops to promote long-term soil health is preferable to regular fertilizing.